What Is A Dead Cat Rebound? 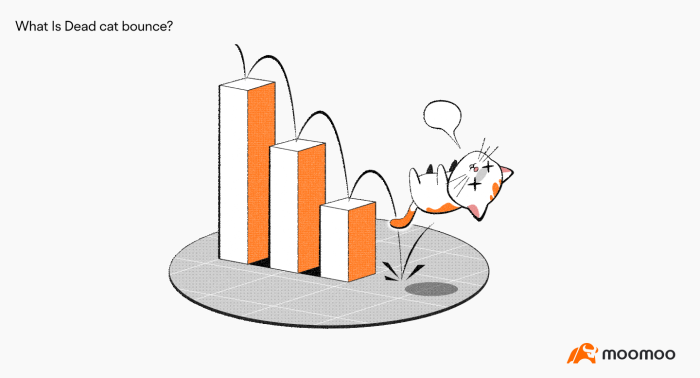 The history of the rebound of dead cats

On December 7, 1985, Chris Sherwell and Wong Sulong first proposed the term dead cat rebound in an article in the Financial Times. They use the term "dead cat rebound" to describe the rebound after the sharp falls in Singapore and Malaysia. "although there is evidence of a small rise yesterday, the rise is partly technical and do not conclude that the recent market decline is over. This is what we call a 'dead cat rebound'." This phrase was widely used in the 1990s.

Understand the rebound of dead cats

The dead cat rebound vividly describes a financial phenomenon in which stocks that continue to fall suddenly rise for no reasonable reason and then continue their downward trend. This phrase is summed up in a proverb: even a dead cat will rebound if it falls high enough.

The price pattern of the rebound of the dead cat can be used as a technical analysis of the transaction. In this pattern, prices will rebound after the current period of sustained decline. Some short-term and speculative traders can make a profit from it, but it is difficult to predict in advance when this phenomenon happens. how to seize the timing of trading is the key to the success of trading.