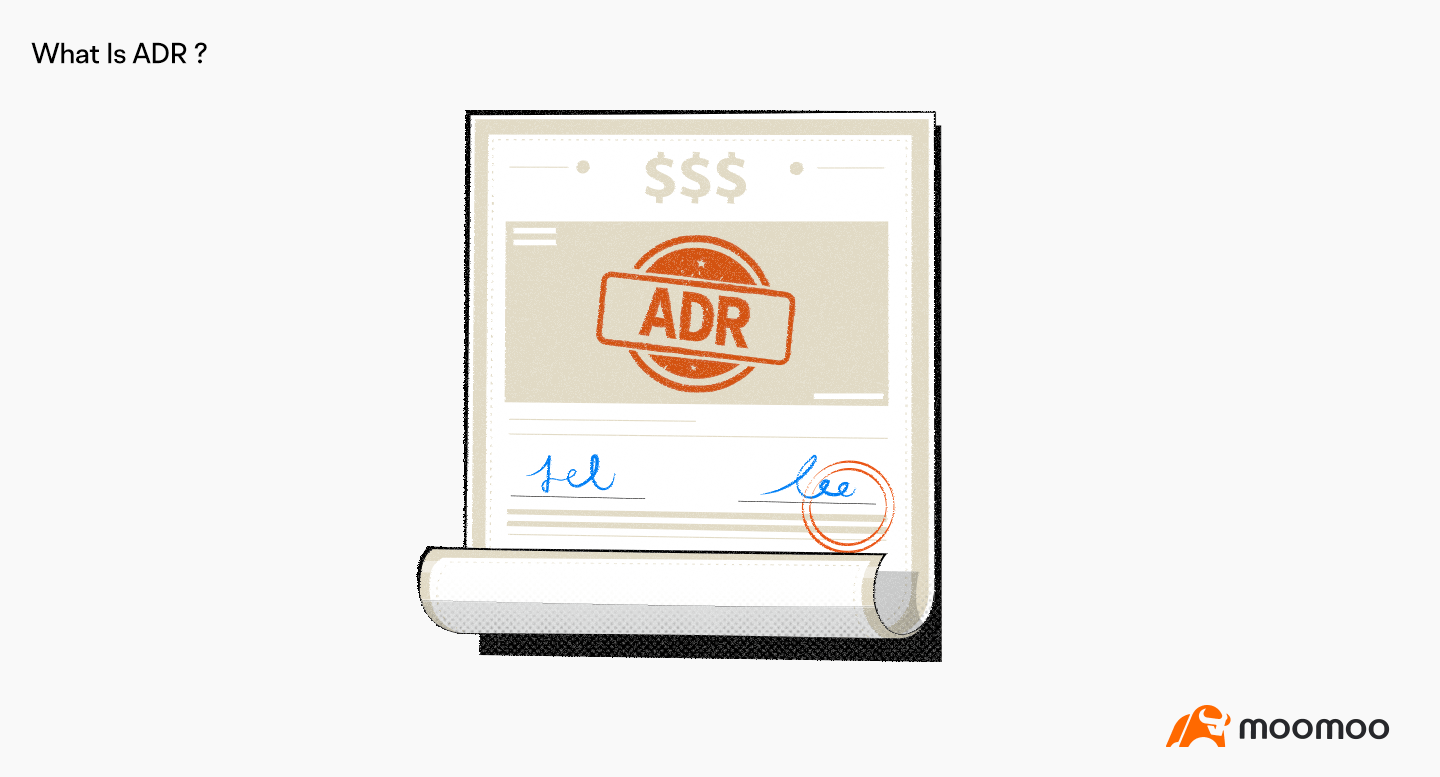 Before we explain ADR/ADS, let's take a look at the rules governing the listing of non-American companies on US stock exchanges.

Compared with Cayman, Virgin Islands and other places, the US government has much stricter supervision over listed companies, with long listing time, high cost and high taxes, so a large number of companies choose indirect listing, that is, ADR/ADS listing through American depositary institutions.

For example, suppose the shares of ABC, a fictional Australian company, are traded on the Australian Stock Exchange at A $6.70 (US $5), and Bank of America Corporation buys a certain amount of ABC shares at 2:1 and sells ADR. Therefore, each ADR represents two shares of ABC and should therefore be sold at a price of $10.

ADR is kept in the vault of Bank of America Corporation, where they were issued, and ADR simplifies the process of exchanging foreign shares: by trading only receipts, investors do not have to worry about any exchange rate differences or need to open special brokerage accounts, and entitle investors to all dividends and capital gains.

For example, a British company, XYZ, can trade ADR on the New York Stock Exchange, and these ADR can be issued at five ADR equal to one American depositary share (5:1) or at any other rate the company chooses. The underlying ADS usually corresponds directly to the common stock of a foreign company, in other words, the ratio of ADS to common stock is usually 1, while the ratio of ADR to ADS is freely set by the company.

What is the difference between ADR/ADS?

1. The face value is different:

ADS is sponsored by stock issuers that want to attract US investors without having to list on the US market. ADR says interest in foreign stocks that U. S. citizens can buy is initiated by banks and brokerage firms.

3. The client is different:

Is there any difference between Tencent ADR (TCEHY) and BABA ADR (BABA)?

Let's go back to a knowledge point that we want to focus on today, why some Chinese stocks ADR look different.

There are mainly two kinds of companies, one is companies that have directly issued ADS for formal trading in the United States, such as BABA, Pinduoduo, Futu Holdings Limited, NIO Inc., and so on; the other is Tencent ADR (TCEHY), Meituan ADR (MPNGY), BYD ADR (BYDDY) and other companies, which are not officially listed on the US securities market and are only traded in OTC (over-the-counter market).

The relationship between Tencent (00700.HK) and Tencent ADR (TCEHY)?

It should be said that both of them are Tencent's shares, but one is circulated in the Hong Kong stock market and the other in the United States. Tencent ADR is that Tencent Company took out a part of the stock and hosted it in the Hong Kong branch of a qualified US institution, and then the US headquarters of this institution took out the corresponding ADR to trade in the US market.

It is worth mentioning that now many companies often release important information after the closing of Hong Kong stocks, such as annual and quarterly reports, and the timeliness of the capital market chasing information is global. Therefore, judging from the situation in recent years, after Tencent released his financial report, during the US trading session that day, Tencent ADR often received heavy news, which led to obvious price fluctuations. And this fluctuation will in turn have an impact on the price of Tencent Hong Kong shares after the opening of Hong Kong stocks the next day.

The linkage of the above stock prices is not absolute, but it also requires the focus of investors. Once there is an obvious difference in market prices between the two places, the room for arbitrage cannot be ruled out.