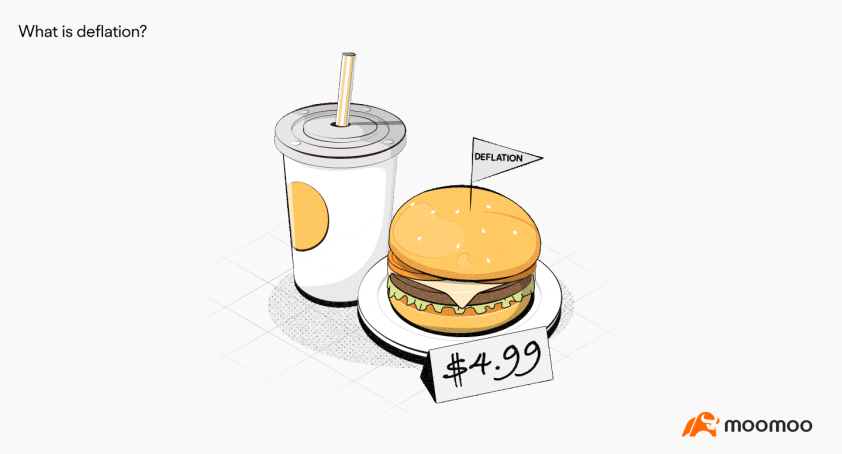 ● deflation is an economic state in which the price level of general goods and services decreases comprehensively, continuously and generally.

If the money supply of ● is insufficient, it may lead to the accumulation of corporate debt, which in turn leads to deflation in the whole society.

● deflation will lead to the reduction of total social investment, reduce consumer demand, and affect the redistribution of social income.

Deflation is an economic phenomenon opposed to inflation.

The main feature of deflation is an economic state in which the price levels of general goods and services decline comprehensively, continuously and universally. It is not a regional decline, nor is it an accidental, short-term price decline.

The main reason for economic fluctuation lies in the money supply. If the money supply is insufficient, it may cause the accumulation of corporate debt, which will lead to deflation in the whole society, and even lead to economic crisis.

Deflation refers to the currency appreciation caused by the money supply less than the actual demand for money in the field of circulation, resulting in a continuous decline in the overall level of money prices of goods and services.

Deflation, including price level, money supply and economic growth rate, continues to decline at the same time; it is caused by the decrease of money in the market and the decline of purchasing power, which affects the decline of prices; long-term monetary tightening will inhibit investment and production, leading to higher unemployment and economic recession.

The impact of deflation

Deflation generally has the following effects on economic activity.

First, it leads to a reduction in total social investment.

On the one hand, deflation will raise real interest rates and increase the real cost of social investment, which will lead to a decline in investment. On the other hand, due to the decline of the expected price and the reduction of the expected return on investment, the willingness of enterprises to invest will also decrease.

The second is to reduce consumer demand.

In the process of deflation, falling prices increase the real purchasing power of money, and people will delay payment as much as possible, leading to the delay of consumer expenditure and the reduction of consumption scale.

Third, it affects the redistribution of social income.

Deflation will transfer government income to enterprises and individuals, mainly through the reduction of income tax, which will cause enterprises to suffer losses in the course of falling prices and increase the real wages of workers. it will form a redistribution of funds in favor of creditors rather than debtors.