What Is Merrill Lynch Clock? 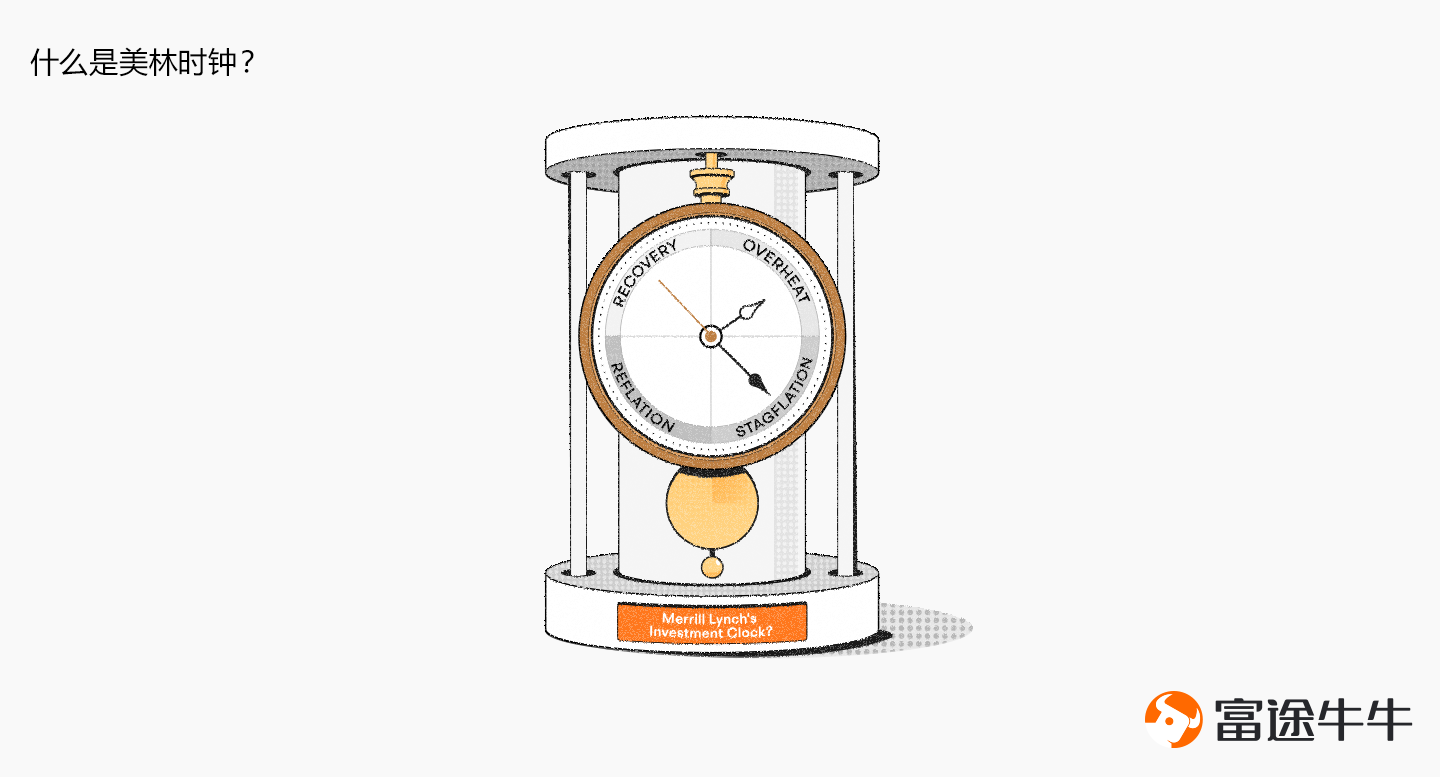 According to the statistical analysis of Merrill Lynch data for more than 30 years, it is found that although each economic cycle has its own uniqueness, there are some similar factors hidden in it. If it can be used reasonably, investors will get better returns. 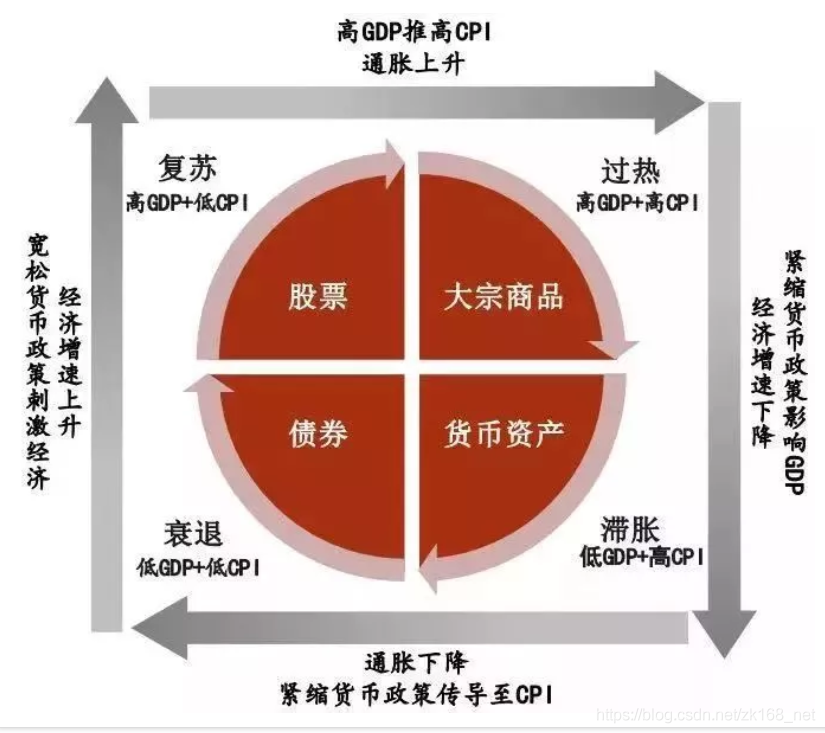 2. InRecovery periodLoose policies gradually began to work, economic growth began to accelerate and inflation fell. The central bank still keeps its policy loose and the bond yield curve remains low. At this time, it is best to invest in stocks. At this stage, corporate profits have increased significantly, and the expectation of a better economy is also good for the stock market, and stock assets have become the most prominent category of assets at this stage.

3. InOverheating periodGDP growth remains at a high level, but productivity growth is slowing, inflation is rising, and the central bank may raise interest rates to return the overheated economy to a sustainable growth path. The policy of raising interest rates reduces the attractiveness of bonds because the yield curve moves upward and is "flattened". The allocation value of stocks is relatively strong, while commodities will be significantly bullish.

4. InStagnation periodGDP growth is lower than potential economic growth, corporate production is falling, producers are raising prices to boost profit margins, and inflation continues to rise. At this time, most of the demand has been met, and the new capacity of enterprises in the overheating stage is put into operation at this stage, resulting in oversupply and the decline of corporate profit margins at this stage. The central bank can loosen monetary policy only when inflation has passed its peak, thus limiting the pace at which bond markets can recover. When corporate profits deteriorate, economic growth declines and equity assets perform poorly, it is wiser to hold cash.

How to treat and use Merrill Lynch clock correctly

The investment clock of Merrill Lynch is essentially an economic cycle fluctuation theory based on demand-side changes, and the main logic behind it is that fundamentals and monetary policy interact to form a short-term economic cycle, thus affecting the trend of large categories of assets. Investors can grasp the trends in the cyclical transformation by identifying the important inflection points of fundamentals and monetary policy.

The investment clock of Merrill Lynch is based on the assumptions that the economy dominates finance, the short-term economy fluctuates around the long-term economic trend, and the government countercyclical macro-control irons out the short-term economic fluctuations. In reality, the Merrill Lynch clock does not simply rotate according to the classic economic cycle, sometimes the clock will move backward or skip a phase forward.

Therefore, when using Merrill Lynch clock to guide investment decisions, investors need to make a comprehensive analysis combined with the actual situation of the market.