What Is Plate Rotation? 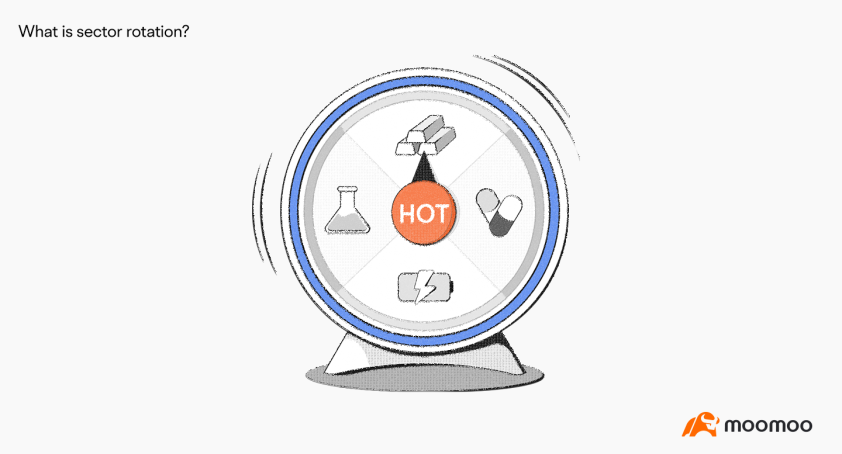 The rotation of ● plates often occurs in the stock markets of developing countries, and different sectors rise and fall one after another under the influence of capital.

● in mature and developed capital markets, plate rotation is often related to the economic cycle, and there are significant differences in plate performance in different stages.

By carefully studying the law of plate rotation, ● investors can prepare for investment in advance and avoid blindly chasing higher.

Plate rotation generally refers to the pattern of the transformation of investment hotspots in the securities market from one plate to another.

Under the framework of the economic cycle, investors continue to shift their money to the industry sectors that are expected to strengthen in the future, thus driving different sectors to rise in turn.

The manifestation of plate rotation

From a short time range, plate rotation mainly occurs in the stock markets of developing countries. Because the funds for securities investment are limited as a whole, and there are not many hot spots in the market speculation, it often appears that one or more industry sectors are first sought after by funds, and after a period of rise, the funds are transferred to other sectors that may rise, and then there is the so-called plate rotation.

Sometimes, there is even a 28-hour phenomenon in the market, that is, two on behalf of large-cap heavyweights and eight on behalf of small and medium-sized stocks, showing a seesaw market of two up, eight down or two down eight.

From the perspective of long time period, plate rotation is more reflected in the differences in the performance of different categories of assets in different stages of the economic cycle.

For example, in periods of rising inflation and overheated economic growth, non-ferrous, coal, oil and other sectors that represent commodities, as well as consumer sectors, tend to perform better. During the recession, the demand for bonds and cash assets increased, while the corresponding sectors were relatively resilient, while sectors such as health care and utilities performed better, while the commodity sector tended to decline significantly.

Plate rotation is an important form of expression in the capital market. Through the tracking of national policies, industry trends, hot topics and other information, investors can be prepared to rotate, lay out the next stage of market hot spots in advance, and avoid blindly chasing stocks that have obviously overheated.