What Is The Brin Passageway?

Bollinger Channel (Bollinger Bands), also known as Bollinger Belt and Bollinger Channel, is a technical analysis index invented by technical trader John Bollinger in the 1980s. Bollinger channels are often used to confirm the range of asset price fluctuations and predict future trends. The index can be applied to a variety of securities markets, including stock, futures and foreign exchange markets. 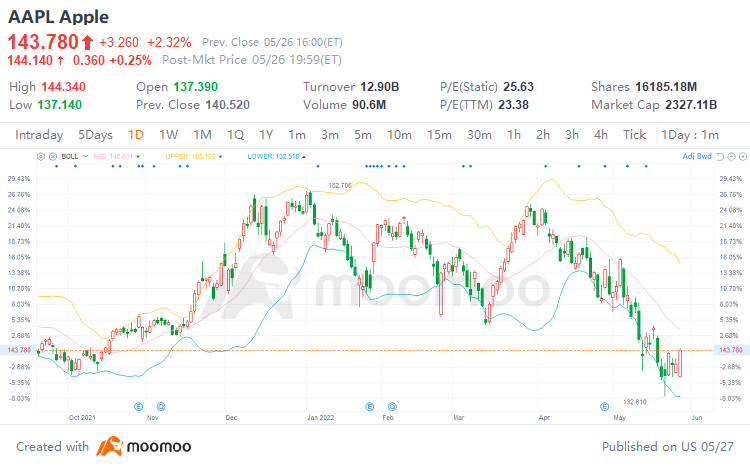 As shown in the figure above, the definition of a Bollinger channel consists of the moving average and the concept of standard deviation, which is divided into the upper, middle, and lower lines:

(moving average (MA) is obtained by calculating the average price over a period of time and connecting these points to create a smooth line. For example, for a five-day moving average, you calculate the average closing price over the past five days of each trading day, and then connect these data points to form a smooth curve. )

The Brin channel is a measure of the relative high or low volatility of asset prices relative to previous transactions. When the market becomes more volatile, the Bollinger channel expands; in periods of less volatility, the channel shrinks.

How to use the Bollinger Channel

Once the trend is formed, it can be predicted that the potential price trend in the near future will be between the upper and lower limits of the Brin channel.

In addition, the Bollinger channel can be used to predict when the price trend may be reversed or when the trend will weaken. For example, generally speaking, asset prices in an upward trend should not hit the lower line, and if so frequently, it indicates that share prices are likely to reverse or the current upward trend is weakening.

The limitations of Bollinger Channel

The Brin channel has been regarded as a very useful tool by most technology traders, but it still has some limitations: