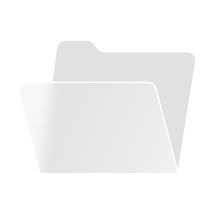 Company Overview More
Since its establishment, Guangdong Yongshuntai Group Co., Ltd. has mainly engaged in R&D, production and sales of malt. Malt lays down the basic flavor of beer and is the most important raw material in beer production. The company's products are mainly basic barley malt, taking into account various products such as high-end specialty malts, and is the largest malt manufacturer in China. Since its establishment, the company has mainly engaged in R&D, production and sales of malt. Malt is the main raw material for beer production. It is generally made from barley as a raw material, and small amounts are also made from wheat or other grains. Beer is mainly composed of four major ingredients: malt, hops, yeast, and water. Among them, the enzymes produced after barley germination can convert its own starch into fermentable sugar, which is then converted into alcohol through yeast, and then made into beer through other processes. Therefore, malt is the most important component in the beer brewing process. It affects all aspects of beer, including color, aroma, body, balance, and finish, and is known as the “framework of beer.” Under artificially controlled conditions, barley is made into malt through the operation process of soaking, germination, drying, and rooting. Different processes are used in the manufacturing process to produce different types of malt. Among them, basic malt accounts for a large proportion in beer brewing. The company's shares were listed on the main board of the Shenzhen Stock Exchange on November 16, 2022.
CEO： --
Market： --
Listing Date： 11/16/2022
Futu Hot List
CNHKUS
SearchNews
SymbolLatest price%Chg

Add Now
Back to the Top